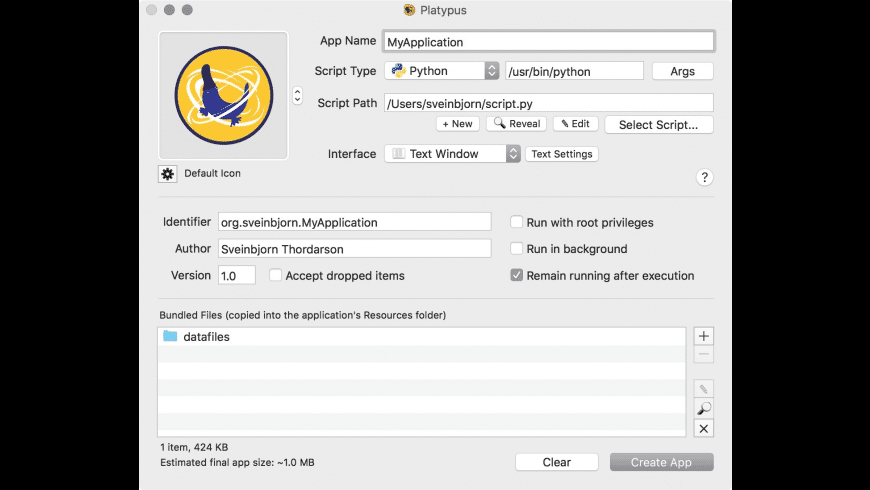 About Platypus For MAC

Platypus allows you to create native Mac applications using interpreted scripts, such as Perl or shell scripts. This is done by wrapping the script within an application bundle directory structure and a script executable binary.

Platypus makes it simple to share scripts with others who are not familiar with the command-line interface. With just a few clicks, native user-friendly apps can be created. Platypus makes it easy to create maintenance apps, installers, login items and status menu items, launchers as well as automations, droplets, automations, and automations. Platypus is open-source software that is free and available under the BSD License.

Here are some of the many features Platypus offers: