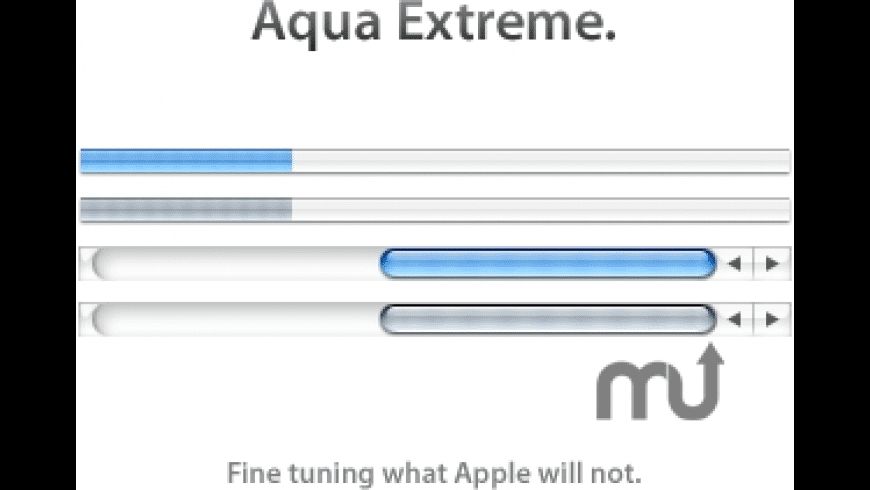 About Aqua Extreme For MAC

Aqua Extreme... Mac OS X introduced a new GUI, Aqua. The original Aqua interface was quite different from the Aqua we now know. The buttons had a distinct 3D appearance with a stronger gloss and darker shadows. OS X 10.2 introduced a refined style, with a flatter and more crisp button appearance. The scrollbars and progressbars were the only thing that was not refined. It is amazing that this element has been overlooked since the beginning. I first introduced my own scrollbars/progressbars for 10.2. I had a bad experience and didn't update them for Leopard. Now that Snow Leopard has arrived, and they are still using the 10.0 style elements as their interface, I thought it was time for me to fix them. They look cleaner and crisper and can be used with both the Blue or Graphite appearance settings.